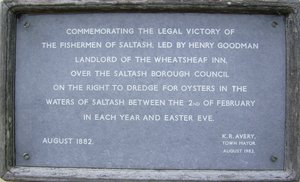 Henry Goodman was a fisheman  and licensee of the Wheatsheaf Inn (later called 'The Waterside'), Saltash, from circa 1870 until his death in 1883. He was the principal defendant in the celebrated Saltash Oysterage case, which made legal history.

The lengthy dispute between Saltash oyster-dredgers and Saltash Corporation began in 1876, and finally reached the House of Lords in 1882. The result was a victory for the fisherman. The case of Goodman versus Mayor of Saltash is cited in law manuals as establishing a principle of law regarding 'profit by custom' 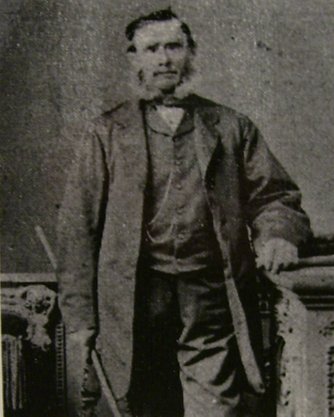 Since the Judicature Act, the theory of a lost grant has been considerably extended in cases of profits not falling within the Prescription Act. The old theory that a lost grant could be rebutted by showing that the right claimed was incapable of being granted at Common Law, has been modified to this extent, that if long enjoyment is shown, the Court will endeavour to presume a lost lawful origin, legal or equitable, even although the right claimed could not have been granted at Common Law. Thus in Goodman v. Corporation of Saltash,

1. an equitable right in the inhabitants of Saltash as beneficiaries under a lost charitable trust to fish in the river Tamar was presumed from long user, although no Common Law grant of such a right could be made to a fluctuating body like the inhabitants. The great case of Dalton v. Angus,

2. too, has decided, but on what principle is doubtful, that even if the Prescription Act and the theory of lost grant are inapplicable to rights of support, yet a right to support to buildings is acquired somehow by twenty years’ uninterrupted enjoyment. You see, therefore, that whereas in the year 1801 an easement or profit could only be gained by express grant, implied grant, or ancient prescription extending beyond the time of living memory (the implied grant or prescription being rebuttable), such rights may now also be gained as to some under the Prescription Act, and as to others under the new doctrine that a lawful (as distinguished from a legal) origin will be presumed from long user.

The Whearsheaf Inn (pictured left in the 1950s) was a poular river side pub. It was later renamed "The Waterside" but is now derelict with plans for the building to be demolished and appartments to to built on the site