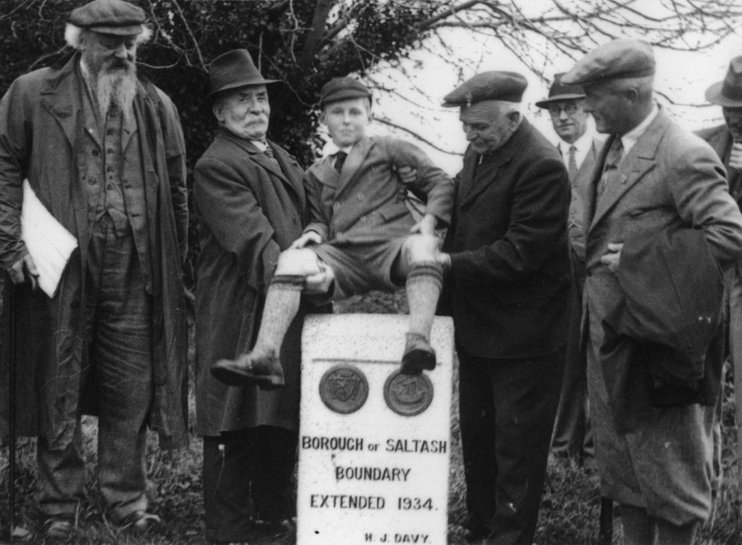 Beating the bounds is an ancient custom which is still observed in some English and Welsh parishes. In England. The custom dates from Anglo-Saxon times, as it is mentioned in laws of Alfred the Great. It was often followed by an ale feast which guaranteed its popularity.

A group of old and young members of the community would walk the boundaries of the parish, usually led by the parish priest and church officials, to share the knowledge of where they lay, and to pray for protection and blessings for the lands.

There are records of Saltash Beating the Bounds in 1871 and in 1890. The first photographs I could find were from 1934. It was the custom for both the Mayor and Town Clerk to be bumped on the first and last stone

Although an annual event in many places Saltash seemed to ‘Beat the Bounds’ on special occasions like in 1974 to commemorate the ending of Saltash Borough Council and the start of Saltash Town Council. John Bryant became first Town Mayor.

As the Rivers Lynher and Tamar are part of Saltash’s boundary, in 1951 the participants completed the trip round the town boundary by boat

After a long gap it was revived in 1977 for the Queen’s Silver Jubilee and lead by Vic Harding.

In more recent years the ceremony was carried out on 23rd May 2009 with Mayor Sue Hooper, and on the 4th June 2012 with Mayor Martin Gee for the Queen’s Diamond Jubilee. The last two occasions were led by Martin Lister.

Plans are now in hand for the next ‘Beating the Bounds’ in the spring of 2020 to commemorate the 75th anniversary of the end of WWII. 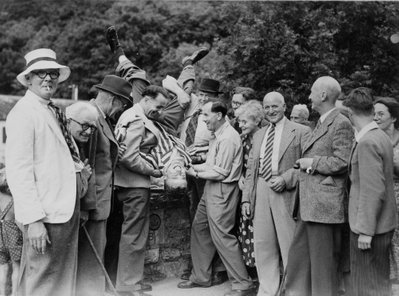 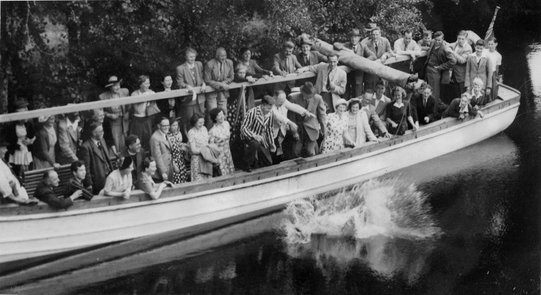