Tamar Street was the main business and residential street of the Waterside and has been dominated by Brunel’s Royal Albert Bridge since 1859. The Saltash ferry berthed within feet of the Passage House Inn and at high tide you could step straight from the ramp into the bar.

Originally only wide enough for a single vehicle which was restricted in height by the arch over the road the street. This was one of the reasons put forward for removing the arch; it was argued that emergency vehicles may have trouble with the steep Albert and Culver Roads in bad weather leaving the only viable access via Old Ferry Road 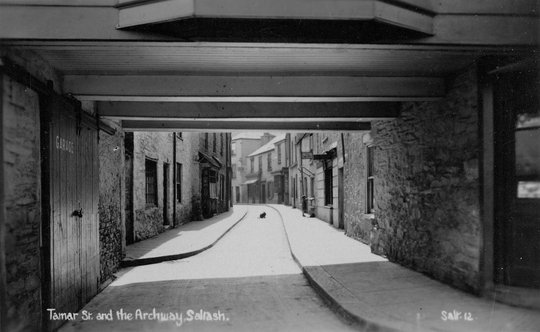 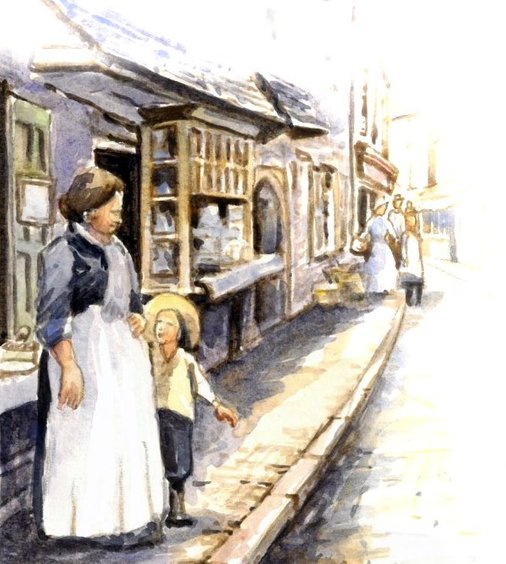 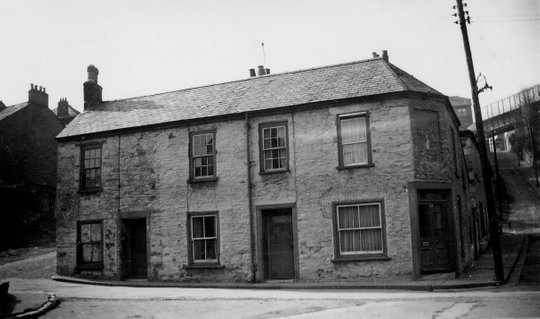 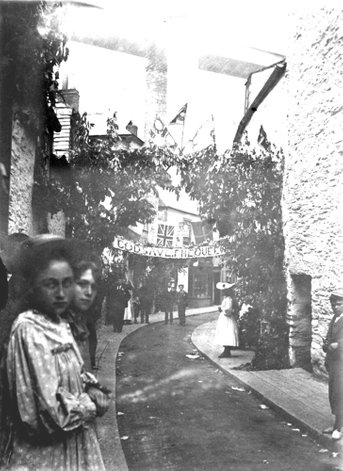 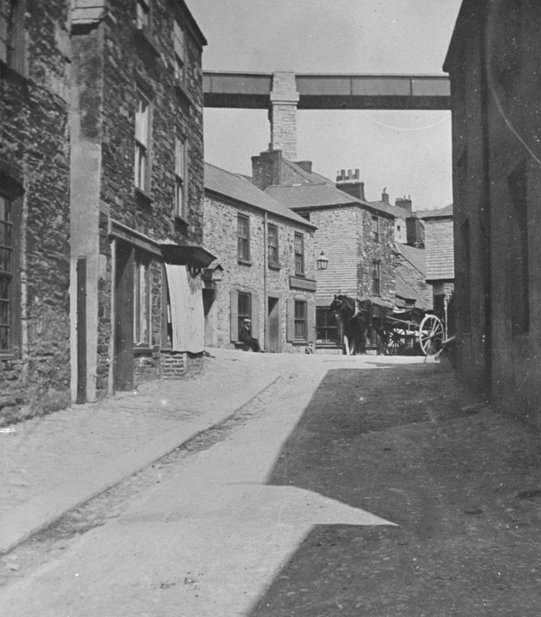 The view along Tamar Street from the south, the horse and cart are outside the Tamar Inn on the corner of Tamar Street and Albert Road.

From right to left number 13, 13a and 14 Tamar Street. No. 13 on the corner with Albert road was the ‘Tamar Inn’, for many years a beer house. To the left of the cottages Culver Road can be seen joining Tamar Street, this was the original route of Culver Road. When the Waterside was cleared in the slum clearance of the late 1950’s these were some of the first properties to be demolished.

Businesses in Tamar Street tended to be towards the north end where they could catch passengers using the ferry. Properties were not numbered until 1869 when they were numbered from the Passage House Inn along the west side of the street and back up the east side.

A look through trade directories from the 1880 - 1910 gives some idea of the number of traders that made a living in the street. Some of those not listed would still make a few pennies by serving tea and refreshments in their front room or from a window.