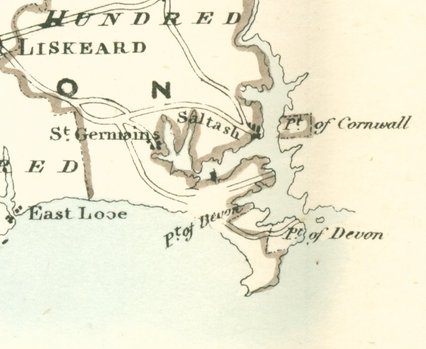 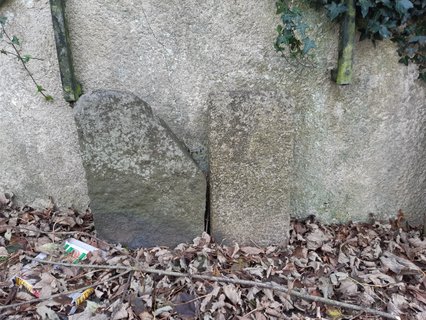 The Manor of Trematon owned approximately 100 acres of land on the east bank of the Tamar estuary opposite Saltash. Its purpose was to provide a ‘foothold’ for the ancient ferry which belonged to that manor. In the medieval period its only settlements were a farmstead (Tittle Ash') and some cottages by the ferry landing place (‘Saltash Passage’). This little bit of Cornwall became known as the ‘Cornish Patch’. Many references assume that as part of Cornwall it was in the Parish of St. Stephens but according to surviving Parish rate books and the Trematon Manor court rolls the 'Patch' formed part of the Parish of St Butoks (Budeaux).

In 1832, by an Act of Parliament that applied to boundary anomalies all over the country, the Cornish Patch was transferred to Devon for parliamentary election purposes only. (see 1832 map). The Act's schedule stated incorrectly that the area was part of the Parish of St Stephens-by-Saltash. The tithe maps of 1841 for St Stephens parish make no mention of any property on the east bank of the Tamar

By an Act of 1844 the ‘Patch’ was transferred to Devon for all other administrative purposes. The 1844 Act did not have a schedule of areas; the 1832 Act's schedule was used again. As the 1832 schedule was incorrect many references post 1832 still incorrectly referred to the ‘Patch’ as being in the Parish of St. Stephens-by-Saltash. This error was finally officially corrected in 1896 when an order was issued confirming “the transfer of the Devonshire portion of St Stephens parish to St Budeaux parish” thereby officially acknowledging that the Cornish Patch was in the Parish of St Budeaux.

Many books and directories written since 1896 using the earlier official sources as a reference have been published, one as late as 1979. Of course these publications are incorrect.

There is little now to show the area of Devon that was once Cornwall but walking along Normandy Way the observant might notice two stones against a wall near Columbus Close (see photograph). These stones once marked the boundary between Devon and Cornwall. The left hand boundary stone being Devon and the one on the right marking the boundary of Cornwall. Until recently a pub stood on this site appropriately named ‘Cornwall’s Gate’.