Block capitals denote stopping stations - all other times are passing 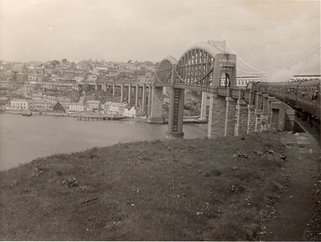 The journey was planned in two sections from Exeter to Plymouth and then from Plymouth to Penzance and return to Plymouth from where the train would finally return to Exeter. The journey commenced from Exeter with the locomotive 2887 of the G.W.R.’s 2-8-0 goods class locomotive. High speed would not be in order for this journey and a maximum speed of 36 miles an hour going down Hemerdon Bank was considered as a quite creditable performance.

The highlight of this part of the trip was the engine having to shunt its train back into Dainton tunnel in order to travel to Totnes on the wrong track, the down rails being re-laid at this time. There was an initial difficulty in obtaining reverse gear and a Diesel locomotive was standing in the siding in case it should be needed to assist the steam service. However this ‘dreaded option’ was not required as the reverse gear was eventually engaged and the 30 or so photographers who had taken pictures of the train entering the tunnel on the down track were able to run over the top of the tunnel quick enough to see the train emerging from the tunnel on the up line.

On Sunday 3rd May 1964 the Exeter branch of The Railway Travel and Correspondence Society and The Plymouth Railway Circle hired the excursion train jointly. It was created in order that steam enthusiasts from all over the country could say ‘farewell to the age of steam’ in a special manner.

On arriving at Plymouth the locomotive 2887 was replaced with a former Southern Railway Westcountry Pacific, locomotive 34002 - Salisbury. This journey was not to be merely marking the end of the steam era on the Cornish main line, but the last steam engine to Penzance was also the first Westcountry to reach it!

The driver for the Plymouth – Penzance – Plymouth part of this momentous journey was Albert Charles Stanbury, my father, a ‘top link’ driver from Laira who was in his in his last year before retirement and in his element being back at the controls of such a wonderful steam locomotive. My father also had the privilege of being the driver of the last steam hauled Royal Train to Cornwall but until this time had not driven a Westcountry locomotive. This loco, in its original un-rebuilt condition was beautifully clean and in excellent working order. Asked what he thought of the locomotive my father replied that it was “a lovely engine” that he was both proud and pleased to be able to drive.

A reporter travelling on the train said of the journey “The Cornish main line is never a race track, but Salisbury responded brilliantly to the least touch on the controls, accelerated swiftly from stops and speed restrictions, and altogether was much more spritely (sic) than the sorrowful note of the much-used whistle might have implied”. At Penzance, once the welcoming party, including the Mayor and other local dignitaries, had completed their duties, the locomotive was uncoupled from the train and reversed a mile or so in the direction of Marazion to reach the turntable to turn the engine for the return journey to Plymouth.

After visitations by many local dignitaries including the Lord Mayor of Plymouth and several of the organising parties the train finally left Plymouth North Road some 15 minutes late, but Penzance was reached 3 minutes early despite having spent much more than the allotted times at the intermediate stations.

Again in the words of the travelling reporter who had been invited onto the  Footplate by the locomotive inspector Mr L.F. Weaver (in my father’s view he was “a fine gentleman of which there are too few these days”) “Only a few inches short of the turntable ‘Salisbury’ certainly cut a fine sight as she was steadily pushed round in the sunshine with a bright blue and white sea and St Michael’s Mount as a backcloth”.

This was to be the last time that this turntable was used for turning a locomotive as the removal of this piece of equipment was scheduled to take place in the next few months. After completing the turning of the engine “Driver Stanbury went around with his oilcan and oiled the relevant parts whilst Fireman G. Himsworth shovelled coal forward for the return journey. These actions are what the plans for the modernisation of British Railways calls the degrading part of steam” but which the engine crew see as a necessary and vital part of their harmony with their engine which is, in their eyes, a piece of classical engineering with a life and purpose of its own. The engine was reversed back to Penzance and re-coupled to the train for the return to Plymouth.

The departure from Penzance station was witnessed by over 1,000 people on the platform, on the road overlooking the railway, from windows houses and hotels, and from the beach and gardens. Despite leaving Penzance later than scheduled the run back to Plymouth was an exhilarating journey over the Cornish switchback, with little knots of people at stations and individual photographers on the remotest embankment, the train re-crossed the Tamar and reached Plymouth earlier than scheduled.

On arrival at Plymouth North Road the locomotive ‘Salisbury’ was uncoupled from the train and was replaced by the goods engine for the slower paced return to Exeter via the Dartmoor foothills and Newton Abbot. This slower paced section giving sufficient time for the reporters, amateur and professional photographers, to put their individual records in order.

The Railway Correspondence and Travel Society) sent a selection of photographs as a token of his appreciation of my father’s assistance and co-operation during the excursion. There was a total of 6 photographs showing the ‘Cornubian’ passing over a viaduct running adjacent to a redundant viaduct of the old broad gauge railway but I am unable to ascertain the actual location, being greeted by members of the travelling party, the train readying for departure from an unknown station (2 photographs), throngs of passengers and on-lookers at a station (again un-identified) and finally the ‘Cornubian’ travelling at speed somewhere in Cornwall.

In the weeks following this excursion my father received several letters from people that had travelled on the train (these have become lost over the years since his death) and a letter from the Shedmaster at Laira Diesel Depot who had written to convey the thanks of the Plymouth Railway Circle headed:

Plymouth Railway Circle Special ‘The Cornubian’: Exeter to Penzance and back, Sunday 3rd May 1964. This letter continued “The Divisional Manager has received a letter as follows, and wishes me to convey this to you, expressing his pleasure in receiving it:

“As organiser of the above tour, I wish to place on record my sincere thanks and gratitude for the efficient way in which your staff arranged and handled the train. Co-operation and ready assistance were received from everyone involved in its running, and I would especially mention the engine crews from Taunton and Laira.

Please convey my appreciation to all concerned with this, the most successful tour organised so far.

I look forward to making arrangements with your staff for a future rail tour”.

My father saw this journey as a fitting end to his life-long association with the wonderful world of working with steam locomotives. He appreciated the need for modernisation into diesel power but felt that the ‘new method’ of motive power, although efficient, lacked the sensation of working with a ‘living thing’ as all footplate men thought of the wonderful and powerful steam locomotives that they had been involved with for so many years.Although he was a forward thinking man my father always had a strong feeling of nostalgia for the era of steam. He remembered his friends, and the locomotives with which he had worked, with a deep fondness and a great level of respect. 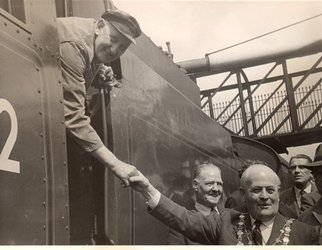 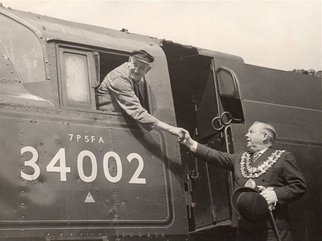 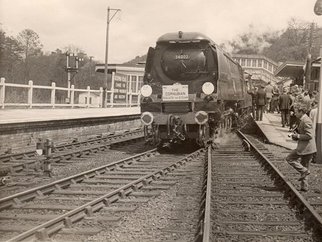 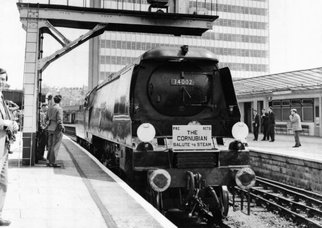 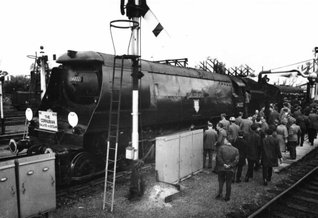 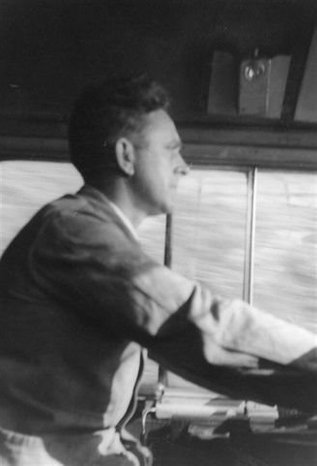 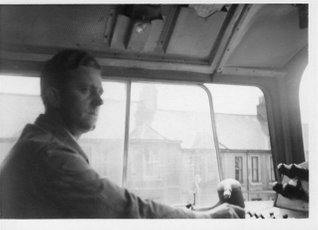 A farewell to the Steam Age in the Westcountry