George Carter Bignell was born at Exeter in 1826. After serving for twenty-two years in the Royal Marines, he became Registrar for births and deaths at East Stonehouse, now part of Plymouth, and was also the Poor Law Officer for the Stonehouse Board of Guardians.

He had always had a keen interest in natural history, and became a member of the Plymouth Institution, concentrating on entomology.

He collected many specimens, and found that virtually none of them had been previously identified, making him the discoverer of the species. His early work focused on lepidoptera, i.e. butterflies and moths, but later he turned his attention to cynipidae, or gall flies.

The magazine The Entomologist, first published in 1861, contained a series of articles by Bignell, who also contributed to another magazine, The Young Naturalist, from 1879.

At the age of sixty-three, he began the study of marine algae, collecting material from the waters around Plymouth. He was elected President of the Plymouth Institution in 1890. The Royal Cornwall Polytechnic Society awarded him three medals relating to his work on shells, butterflies and moths.

Needing more space for his collection, he purchased The Ferns in Home Park Road, circa 1900, where he died on his eighty-fourth birthday in 1910. Much of the collection went to Plymouth Museum.

George Carter Bignell is buried at St. Stephens churchyard. Though not a professional scientist, his contribution to our knowledge of biology was significant, and is recognized as such by modern scholars in this field. 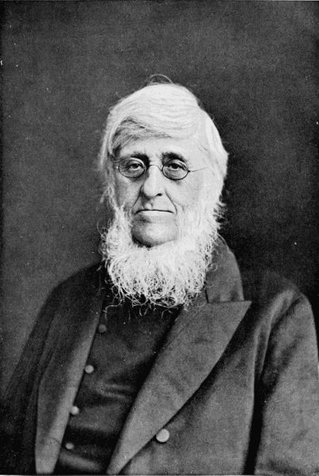