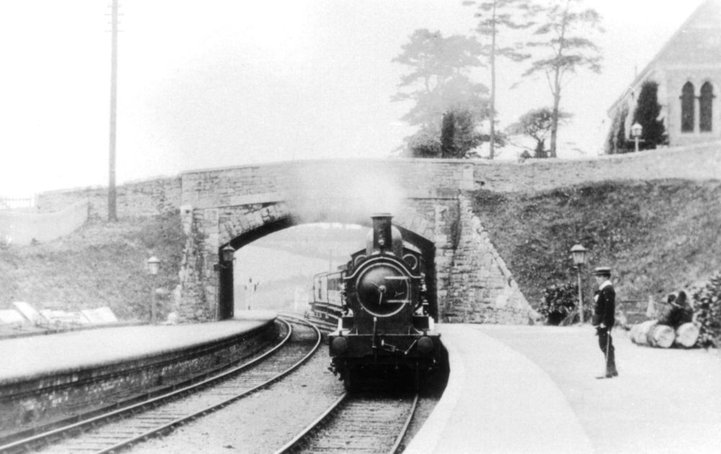 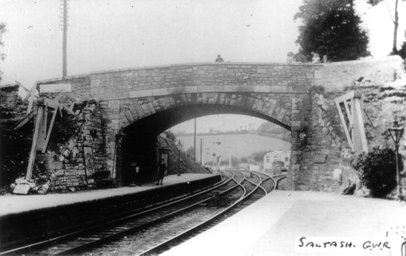 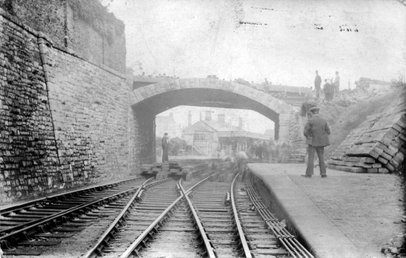 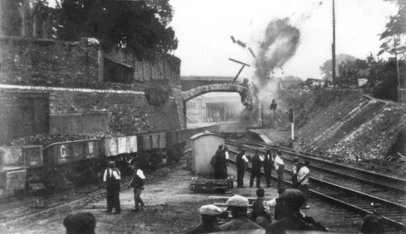 Bridge being blown up 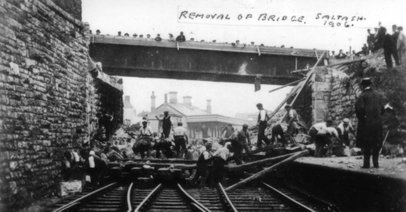 Bridge demolished as spectators look on from the new bidge

Saltash Railway Station and the Royal Albert Bridge were built by the Cornwall Railway and opened in 1859. Initially only five trains a day ran in each direction. For Third Class passengers wanting to travel to London there was only one train per day. This was only because the Government of the time decreed that all railway companies must run at least one through train per day with accommodation for Third Class Passengers.

It took the Cornwall Railway, (later the Great Western Railway), nearly forty years and a development in technology to realise that outside London there was money to be made out of moving large numbers of people for a short distance for a short period of time. Previously the thinking was that it was not cost effective to provide stock and staff that would only be used for a couple of hours twice a day.

From the turn of the century a number of changes took place that opened the door for improving local commuter train traffic. One innovation was the introduction of the ‘railmotors’ and ‘autotrains’. This allowed a train to be driven from either end saving time and the need to shunt loco’s. These were introduced between Plymouth and Cornwall with trains terminating at Saltash, St. Germans Liskeard and beyond (at its peak Saltash had 40 trains a day stopping), many of which terminated at Saltash.

Catching a train was much quicker than waiting for a ferry and then a tram at Saltash Passage. For those living at the top of town it avoided the steep walk up and down from the ferry.

Saltash Station (originally built for 5 trains a day) rapidly expanded.  First to have an effect was the 1892 change in the gauge from board gauge to standard gauge followed by new station buildings. The change in gauge meant that the track took up less space and provided the opportunity to extend the short down platform under the existing Culver Rd. Bridge.

This was followed by the replacement of the two land spans of the Royal Albert Bridge nearest to the station. This allowed the point that merged the two tracks through the station into one track over the bridge to be moved onto the spans allowing more platform availability

Next was to lengthen the up platform. Not so easy as the spare space under the Culver Rd Bridge had already been used to lengthen the down platform. The answer in 1906 was to replace the bridge over Culver Rd with a wider one. This had to be done without interrupting rail services.

First buttresses were built alongside the existing bridge. Steel girders were lifter into place and a new road surface laid and the road diverted over the bridge. This bridge is the one in use today.

To remove the old bridge the parapet was first removed then on a Sunday morning when train services were minimal; sleepers were laid on the track below the bridge and with onlookers kept at distance the remaining stonework was blown up with the debris being quickly removed by a team of navvy’s.