Moura Lympany was born Mary Johnstone at Saltash, Cornwall, on August 18 1916. Her father was an Army officer who found it difficult to settle into civilian life after the Great War and was often away from home. Her mother, who gave her her first piano lessons, spoke seven languages and taught piano and cello. She had been a governess in St Petersburg before 1914.

Mary was sent to a Belgian convent when she was six years old. Her talent was noticed and she studied in Liège. She won a scholarship to the Royal Academy of Music in London and divided her time between lessons there and a general education at the convent school of Our Lady of Sion in Kensington.

In the summer of 1929 her mother took her to a concert at which a boy prodigy played a concerto with Basil Cameron conducting. Her immediate response was: "Couldn't I play with the orchestra?" - and her mother wrote to Cameron seeking an audition for her daughter.

The outcome was that, just before her thirteenth birthday, she played Mendelssohn's G minor concerto in Harrogate with Cameron conducting. He advised her to glamorise her name. She converted Mary into Moura and her mother's maiden name of Limpenny was adapted as Lympany to rhyme with timpani. 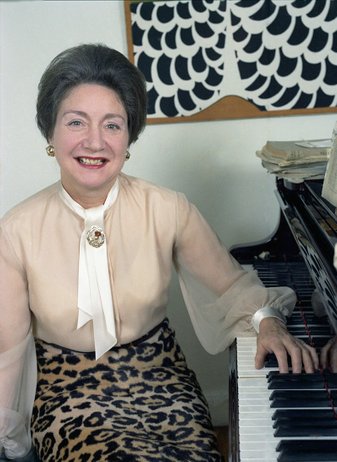 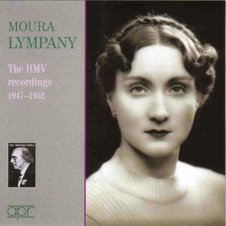 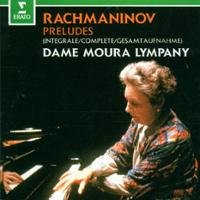 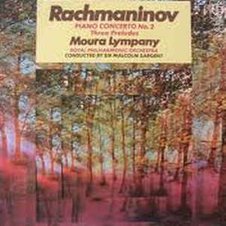 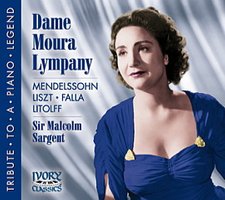 She continued her piano studies in Vienna with Paul Weingarten while working as an au pair. After winning another scholarship to the RAM, she was taught by Mathilde Verne, who had been a pupil of Clara Schumann, and by Tobias Matthay. Moura Lympany claimed that she had learned some elements of Clara Schumann's style - "to play straight, nothing chichi, no what I call powdered rubato. And never to bang the keys like so many players do today."

After Harrogate her career slowly developed while she learned a repertoire (eventually more than 60 concertos). Her mother urged her to play at a Lyons Corner House where she would have earned more money, but she insisted: "No, mama, I want to be a pianist."

She would often leave the platform in tears because of worry over the wrong notes she had played. Matthay consoled her: "But think of how many right notes you played." All her life she practised for four hours a day. "None of this eight hours a day stuff," she said. "If you can't get it right in four you never will."

Her London debut was at the Wigmore Hall in 1935 when she played Bach and Schumann. In 1938 she was one of 79 young musicians from 29 countries who entered the Ysaÿe piano competition in Brussels. She came second to the Russian Emil Gilels. Her playing impressed King Leopold, who invited her to lunch and asked her to make some special recordings for him.

During the Second World War, she became a national figure, playing at the National Gallery lunchtime concerts and performing concertos with orchestras throughout Britain, often travelling in hazardous and arduous conditions. With Eileen Joyce, Myra Hess, Pouishnoff, Solomon and Moiseiwitsch, she was an indispensable part of wartime musical life when piano concertos were all the rage. In 1940 she gave the British premiere of Khachaturyan's concerto, with which she became identified.

Despite her popularity with the public, she was at this time underrated by most of the critics, whose puritanical streak begat a suspicion of her glamour, charm, fashionable dresses and social réclame. With all this, how could she be a serious musician? But the discerning recognised that her playing, especially of Rachmaninov and Prokofiev, was exceptional in its accuracy and sensitivity. She was the first to record all Rachmaninov's Preludes.

She was also the first British musician to perform in Paris after the liberation, when she played Alan Rawsthorne's first concerto while German gunfire could still be heard outside the city.

After the war she was able to build an international career, making her American debut in 1948 and giving concerts and recitals throughout Europe and in Canada, South America, Australia, New Zealand and India. She flew so many miles that in 1950 she was made an honorary member of the Royal Aero Club.

Thenceforward she enjoyed an Indian summer. The critics were no longer so sniffy, even if her musical friendships with Edward Heath and Jeremy Thorpe were retailed in the gossip columns. She played Cyril Scott's concerto in 1969 at his 90th birthday concert. He was an unfashionable composer, and few of Moura Lympany's contemporaries would have had the work at their fingertips. In 1979 she celebrated the 50th anniversary of her debut with a Festival Hall recital attended by the Prince of Wales. Invited to be a castaway on Desert Island Discs, she surpassed Elisabeth Schwarzkopf by choosing eight of her own recordings. In 1991 she wrote her autobiography.

In her seventies she made regular tours of the United States where she was much acclaimed. She re-recorded all the Chopin Preludes and in her 80th-birthday year of 1996 performed in Japan for the first time.

An ineradicable feature of Lympany performances was her evident enjoyment in playing the piano. She said that, after more than six decades as a performer, she asked herself before each concert: "Why are you doing this? It's the last time. Then of course the minute it's over and the reviews are good, I feel exhilarated and have the courage to go on to the next one."

In 1944 she secretly married Lt-Col Colin Defries, managing director of an engineering firm, who was an excellent amateur pianist and a keen gardener. They were divorced in 1950. The next year she married Bennet H Korn, an American television executive, and moved to America. After two miscarriages, one of twins, she gave premature birth to a son who lived for only 35 hours. Her second marriage ended in 1961. She died at Menton, in France, on March 28.