Drake's only known links with the Saltash area concerned treasure.

In 1580 he returned to Plymouth Sound after his momentous three-year Circumnavigation of the World, bringing enormous quantities of bullion and jewellery plundered from Spanish ships and settlements on the western coast of South America. The Golden Hind was brought up river; the treasure was unloaded (probably at Antony Passage) and stored safely in Trematon Castle while arrangements were made to take it to the Tower of London by means of a train of pack-horses. When it reached the Tower, the treasure was valued at £264,000 - roughly equivalent to £30,000,000 in today's money.

In 1587 Drake (by then, Sir Francis), while on his way home from his famous "singeing the King of Spain's beard" exploit at Cadiz, captured a large Portuguese carrack off the Azores. The prize, the San Félipe, was brought up the Tamar to Saltash. She was laden with silks and spices, as well as chests of jewels, gold plate, etc. All the cargo was discharged and inventoried at Saltash. Its total value was the equivalent of £12,000,000 today. For a few years afterwards the San Félipe was moored off Saltash until she caught fire, burned to the waterline, and sank. 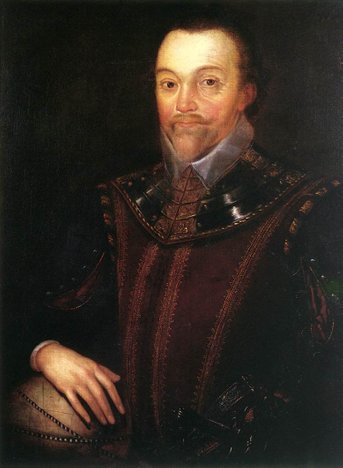