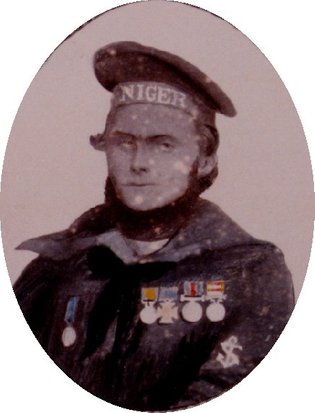 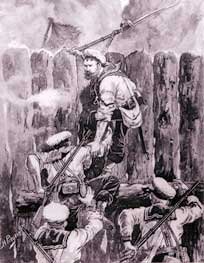 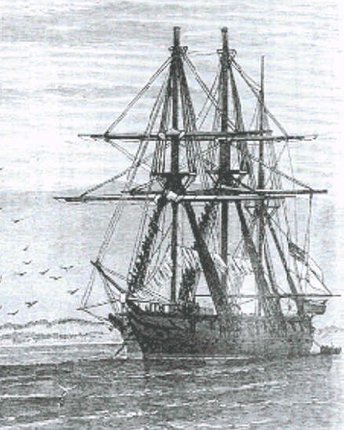 William Odgers is remembered as the recipient of the first Victoria Cross awarded in New Zealand. He was offered warrant rank on account of his gallantry, but declined. He served as a coastguard boatman in England from 1863 to 1868 and then became innkeeper of the Union Inn at the Waterside, Saltash. He died at Saltash on 20 December 1873.

William Odgers was probably born on 14 February 1834 at Falmouth, Cornwall, England. His parents' names are unknown, but his father is said to have been a ship's steward.

Odgers served in the steam corvette Niger during the first part of the China war and became a leading seaman and captain's coxswain. On 1 March 1860 the Niger arrived in New Plymouth, New Zealand as an escort for the steamer Adelaide , which was carrying troops of the 65th (2nd Yorkshire, North Riding) Regiment of Foot. To reinforce the army garrison a 50 man detachment from the Niger was landed with a 12 pounder gun and encamped on a hill in the town. This naval detachment took part in the first action of the Taranaki campaign. The Niger supported the attack, which took place on 17--18 March 1860, by bombarding the native stronghold from the mouth of the Waitara River.

On 28 March a force of British regulars, local volunteers and militia and some of the Niger detachment marched five miles south of New Plymouth to rescue outlying settlers at Omata who were vulnerable to attack from Maori raiding parties. The badly led expedition was in disarray by late afternoon and the regulars turned back for New Plymouth in accordance with an order to return before dark. The demoralised volunteers and militia remained behind, exchanging shots with Maori skirmishers from the Waireka.

The sound of firing had alerted the New Plymouth garrison and, under the command of Captain Peter Cracroft, a small naval brigade left for Waireka. As soon as they arrived they were ordered to retire by Lieutenant Colonel G. F. Murray, the senior British officer. Ignoring this order, Cracroft had rockets fired into the enclosure before leading the naval brigade into it. Odgers was in the forefront, and spurred by the offer of a £10 reward from Cracroft, captured the flags which flew above the compound.

The naval brigade's exploit created a diversion, allowing the volunteers and militia to rally and retreat to New Plymouth later in the evening. Cracroft and his men were received ecstatically on their return to the town and the Maori flags soon adorned the mastheads of the Niger. Cracroft was commended by the Admiralty. Lieutenant William Blake, wounded earlier in the day, was promoted, and Odgers received the Victoria Cross. Odgers's award was announced in the London Gazette in fulsome terms: ‘Conspicuous gallantry at the storming of a fortified compound…having been the first to enter it under a heavy fire, and having assisted in hauling down the enemy's colours'.

However, it seems now that the importance of the Waireka engagement was grossly exaggerated. The compound was not heavily fortified and there were few occupants