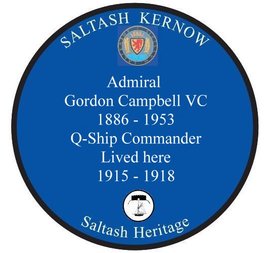 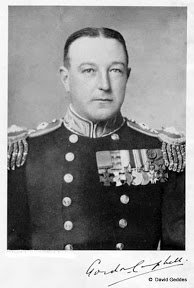 By Easter 2015 Saltash will become the first town in Cornwall to have a ‘Blue Plaque Trail’. Initially seven blue plaques will be installed commemorating notable people who had a strong connection with Saltash, it is planned that this will increase to twelve as money becomes available.

The initial seven have been selected because of their proximity to the town centre and the Waterside. This is the story of one - ‘Captain Gordon Campbell VC DSO** RN’

Vice Admiral Gordon Campbell VC DSO** (6 January 1886 – 3 July 1953) was an English naval officer, later a writer and politician, who was a recipient of the Victoria Cross, the highest and most prestigious award for gallantry in the face of the enemy that can be awarded to British and Commonwealth forces. He was also awarded the Croix de Guerre and appointed a Chevalier of the Légion d'honneur.

During part of World War I, Captain Gordon Campbell’s home was in Saltash.  He and his wife lived in Boisdale House, North Road.

Born on 6 July 1886, he was educated at Dulwich College, which he attended between 1898 and 1900. He then joined the Royal Navy. In 1917, by the age of 31, he had reached the rank of Commander during First World War when the act for which he was awarded the VC took place. On 17 February 1917 in the north Atlantic, Commander Campbell, commanding HMS Farnborough (Q.5) (one of the "mystery" Q ships) sighted a torpedo track. He altered course and allowed the torpedo to hit Q.5 aft by the engine-room bulkhead. The 'Panic party' got away convincingly, followed by the U-boat. When the submarine had fully surfaced and was within 100 yards of Q.5 – which was badly damaged and lying very low in the water - Campbell gave the order to fire. Almost all of the 45 shells fired hit the U-boat which sank. Q5 was taken in tow just in time and was safely beached. On 22 March 1916, another U-boat, SM U-68 was also sunk by Farnborough. 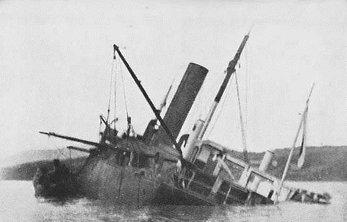 Most of the crew followed Campbell to HMS Pargust (another Q ship) On 7 June 1917; Pargust was suddenly struck by a torpedo fired at very close range from an unseen German submarine. A viscous battle took place between Pargust and UC29 with the submarine finally being sunk and Pargust severely damaged. Unusually, the Admiralty were unable to decide who among the ship's crew should receive the Victoria Cross as all were deemed to have participated in the action with equal valour. It was thus decided for the first time, under article 13 of the Victoria Cross's royal warrant, that one officer and one enlisted man would be granted the award following a ballot by the ship's company. After the vote, from which Campbell abstained, the Victoria Crosses were awarded to Lieutenant Ronald Stuart and Seaman William Williams RNR. Fourteen other crew members were awarded medals, including DSOs for Campbell. In addition, every sailor had his participation in the action and subsequent ballot noted on his service records.

Campbell took commanded on another ‘Q’ ship HMS Dunraven which was disguised as the collier Boverton. During an attack on 8 August 1917 against U71 shells began hitting Dunraven, detonating her depth charges and setting her stern afire. Her crew remained hidden letting the fires burn. Then one of her 4 inch guns was blown away by a shell burst revealing Dunraven 's identity as a warship. The ship continues to fire on the U Boat and launched two torpedoes. Badly damaged Dunraven was taken in tow but later sank with colours flying. The survivors were picked up and taken to Plymouth. Only one member of her crew was lost.

How they disguised HMS Dunraven 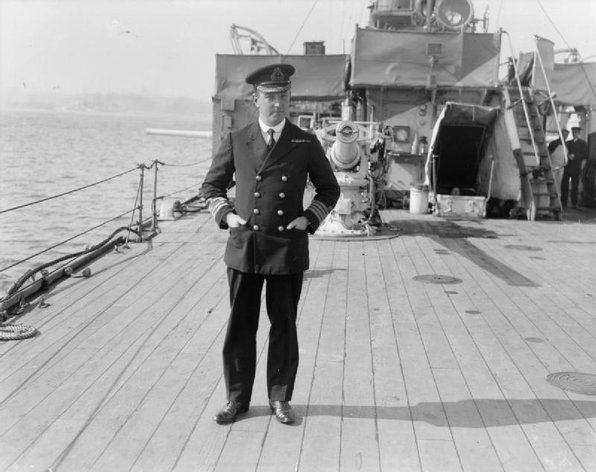 Campbell on the deck of one of his ships

In recognition of the action two Victoria Crosses were awarded to the ship. Two crewmen were again selected by ballot from amongst the crew of Dunraven, Lieutenant Charles George Bonner and Petty Officer Ernest Herbert Pitcher. Campbell received his second bar to his DSO.

Campbell later achieved the rank of Vice Admiral. He commanded the battlecruiser HMS Tiger 1925-27 and served as Naval Aide-de-Camp to George V 1928-29. In 1931, he was elected as National Member of Parliament for Burnley, defeating the Labour leader, Arthur Henderson. In 1935, however, standing as a National Liberal, he lost his seat.

Campbell wrote several publications, including the successful My Mystery Ships. His brother, Sir Edward Campbell, was also a Member of Parliament.

His Victoria Cross is held at his old school, Dulwich College.