John Henry Martin was born in Camberwell, London, Henry Martin as he is known spent his teenage years as a midshipman sailing round the Cape of Good Hope to India, before alighting at Newlyn in 1870. Henry Martin was the first artist to discover Newlyn, the village in which a strong artistic colony established itself in the late nineteenth and early twentieth centuries. He was never a member of the school but his work precedes much of the painting that was inspired by the area during the 1880's. He painted local seascapes, coastal pictures and scenes of daily fishing life.

He was the only artist listed as resident in Newlyn at the time of the 1871 census and a decade later in the next census as one of the first generation of artists of what was later to become known as the Newlyn School.

Martin and his wife, Helen Amy (also an artist), retained their tenancy at Castle Cliff until 1883 before moving to the Plymouth area: thus he had been painting in Newlyn for up to twelve years prior to the arrival of the main body of artists to the locality. Martin did not share the ethos and painting style of the Newlyn School, and it is suspected that the arrival of the group in 1882 was the reason for Martin's moving away from the area.

Two of his paintings were included in the 1889 West Cornwall Art Union Exhibition in Penzance.

Martin showed at the inaugural exhibition of the Passmore Edwards Art Gallery, now Newlyn Art Gallery, in 1895 and was described in the reviews as 'the original Newlynite' although he was, by that time, exhibiting from a London address. He also exhibited at the Walker Art Gallery, Liverpool, Manchester Academy of Fine Arts, Royal Academy of Arts and at the Royal Society of British Artists.

The artist married a second time, after the death of his first wife, to Rosina Blake (called Rose) and with her had two children, the second of whom, Nora Kate Lympany, died in 2002, aged 99 years. Martin spent the last years of his life living at 5 Brunel Terrace in Saltash, Cornwall, beside the River Tamar. 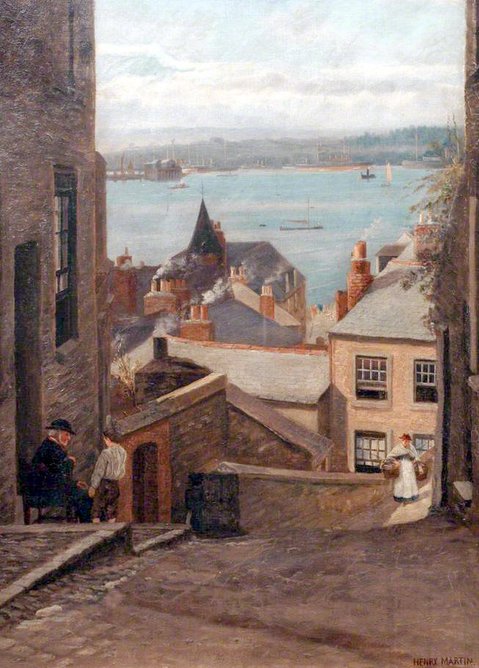 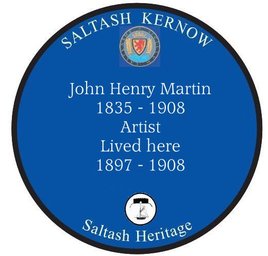 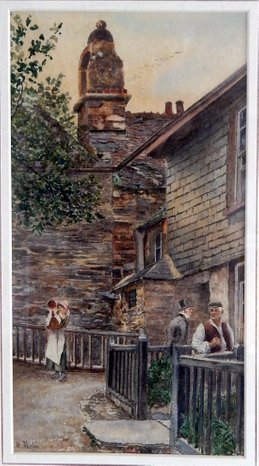