Above. The gridiron in use in WWII. Landing craft were placed over the groynes and secured, when the tide went out they were high and dry for work to be carried out before the tide came in 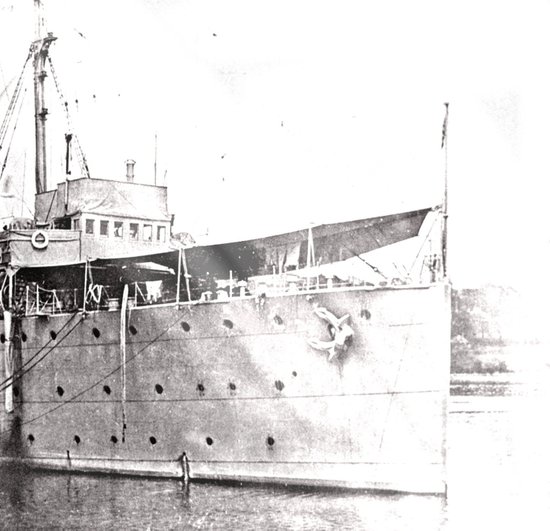 The USN opened a base at Saltash in November 1943 which was operated by the 29th Division ‘Seebees’ US Navy Construction Battalion under the command of Lt. Cdr. T.H. Morris III. It consists of 12 parallel straight piers centred 4.85 meters apart and 34 meters long that slope gently down the intertidal shore and are built of shuttered concrete. The unit specialised in the repair and maintenance of landing craft, patrol boats and mine sweepers. In January 1944 a camp was built at Vicarage Gardens, Saltash Passage which came under the jurisdiction of the O.I.C. Saltash. The base was responsible for servicing, repairing and providing logistical support for flotillas of LCI and LCT along with many PT squadrons and Coast Guard Cutters.

An American report said, “Probably more than any other unit the Saltash based men were loved by the English. Because of their geographical set-up the US sailors at Saltash were able to mingle freely with their Cornish neighbours, consequently such firm friendships developed that Saltash became a shining example of how to make international relationships function with pleasure for both countries”. The base closed on 31st August 1945.

The remains of the gridiron used by the Americans can easily be seen at the Waterside and are now a scheduled Ancient Monument, one of only four in the Saltash area

Above. An American LCI off Saltash with Coombe viaduct and Saltash gas works in the background. Note the Nissan huts on the hill above the gas holders. 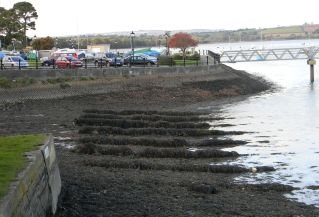 Above. Most people who walk along Saltash Waterside will see but take no notice of the gridiron that are visible at everything but high tide without realising that they are one of only four scheduled ancient monuments in the Saltash area