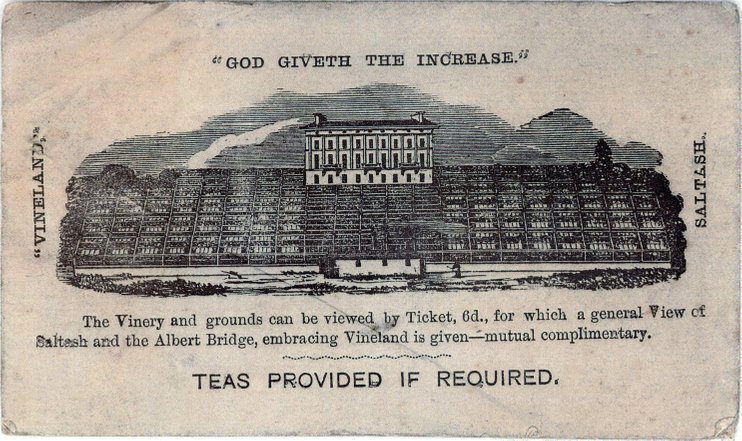 No photographs are know to exist of ‘Vineland’ but luckily an advert from about 1870 shows the extent of the grounds. The same view today is obscured by trees

In 1884 Franciscan monks expelled from France by laws against religious orders bought ‘Vineland’ from Mr. W Cleverton for use as a priory. The large building which stands in Lower Port View was built about 1860 and had an extensive vineyard. The vines that were protected by a large wall were destroyed in the great storm of 1877. The Franciscans established a mission and built a small chapel at the eastern end of the building, a religious collage was formed for nearly 100 boys. It would appear that the collage closed and the Friars left about 1898 with the chapel being administered as an outpost of Devonport. Over the years the building has had a number of uses including an orphanage run by nuns, the grounds were used as an extensive vegetable garden. Slowly the building fell into disrepair although part of it was at one time used as a school.

It has now been converted into apartments but is easily recognised from across Coombe Creek. Most of the boundary wall remains and although overgrown the wall can be seen from the footpath from Trelawney Road along Coombe Creek.

The building today is refurbished and divided into apartments. A windows count shows the advert drawing to be accurate. 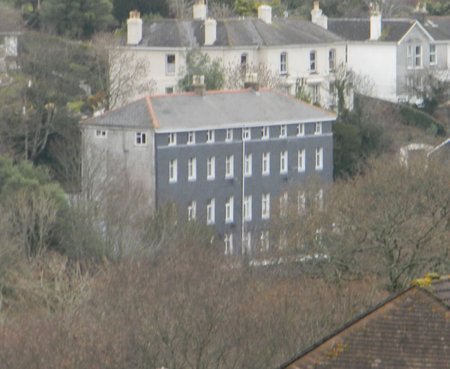