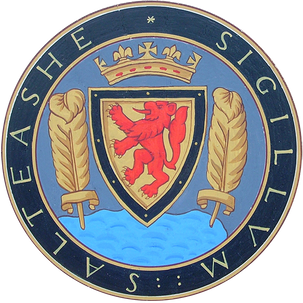 A charter is the grant of authority or rights, stating that the grantor formally recognizes the prerogative of the recipient to exercise the rights specified. It is implicit that the grantor retains superiority (or sovereignty), and that the recipient admits a limited (or inferior) status within the relationship, and it is within that sense that charters were historically granted, and that sense is retained in modern usage of the term.

One of the results of the Norman Conquest in 1066 was the construction of TrematonCastle, completed (in its original form) circa 1070. A weekly market was established outside the castle's gate. Soon afterwards a borough was founded adjoining the market place. The market and the borough did not grow very much, due partly to the troubled times which included the Anarchy during King Stephen's reign, ending in 1154. Another factor was their out-of-the-way location, which was poor for trade (although the protection given by the castle had once been important).

Consequently circa 1175 a new borough was founded by a member of the de Valletort family (lords of TrematonCastle and its barony for nearly 200 years) elsewhere in the Manor of Trematon. The site chosen was Saltash, a place where a major land highway crossed a water highway - an excellent position for trade.

The borough's foundation charter has not survived. However, later the burgesses obtained another charter confirming their original privileges. It was granted by Reginald de Valletort circa 1225 (like many early seigneurial charters, it wasn't dated). That charter has also been lost, but its text is given in full in Saltash's first royal charter (granted by Richard 11 in 1381).

To his "free burgesses of Essa", Reginald de Valletort granted:-

The usual rents were to be paid for the other land in the borough.

In 1774 George III issued a fresh charter incorporating the Mayor, Alderman and Burgesses of Saltash, and in 1886 a new charter was obtained under the Municipal Corporations Act.