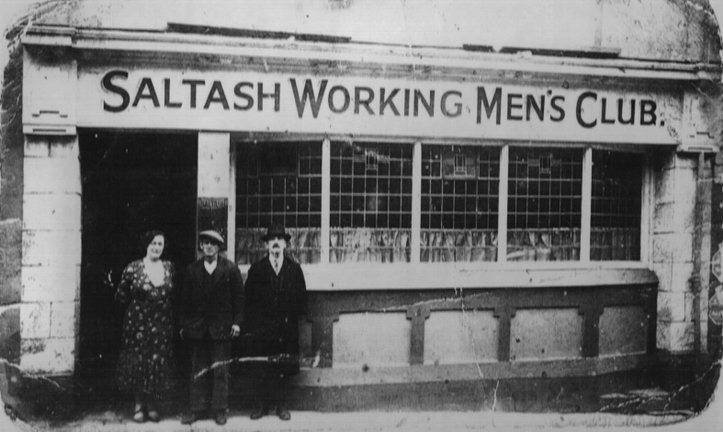 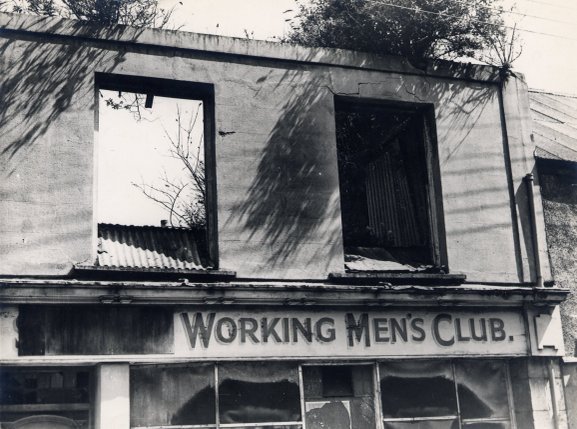 The Working Men's Club after the 1941 blitz 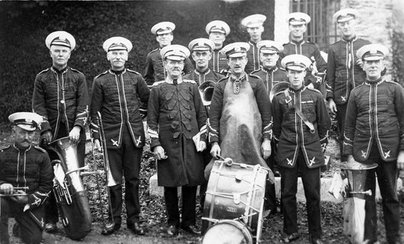 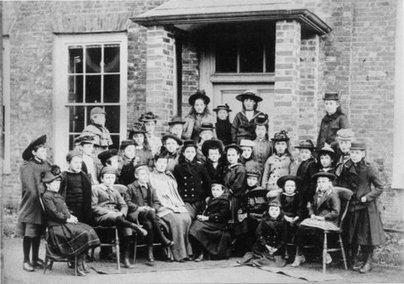 The Mansion when it was a school c1890 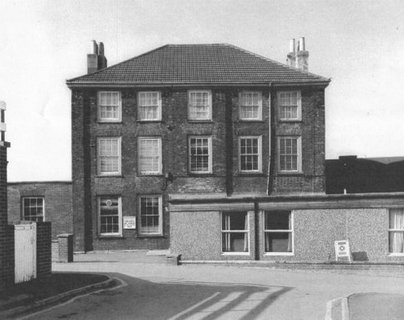 In 1947 the club acquired 'The Mansion' as their new premises. The building had previously been the home of a prominent doctor and on two occasions it was used as a girl's school 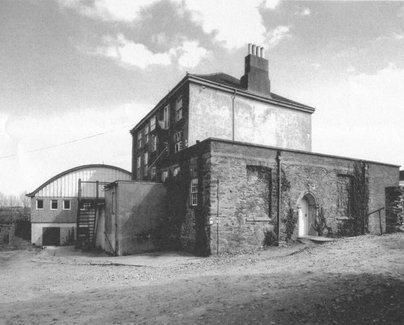 Rear of the WMC showing the domed function room 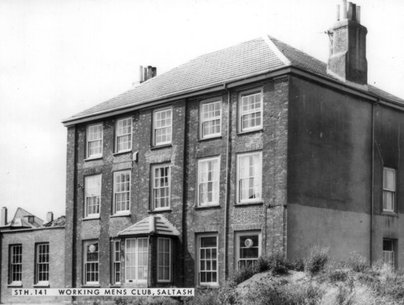 Front of The Mansion with the new extension 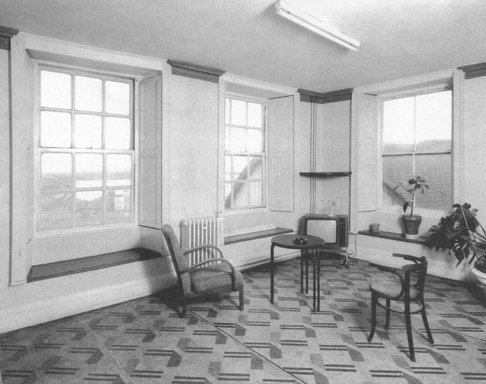 Interior of "The Mansion" 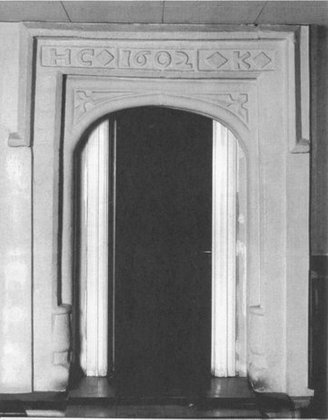 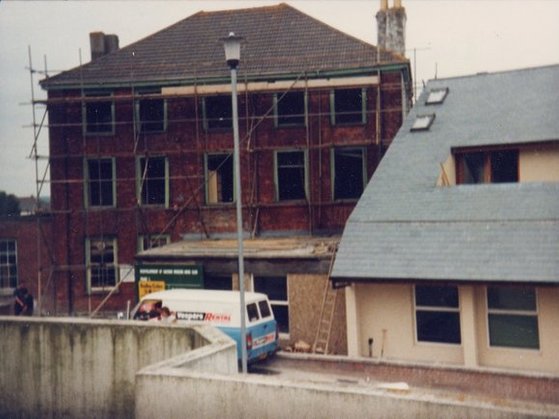 For nearly 100 years Saltash Social Club was known as Saltash Working Man’s Club. It began life in the aftermath of the First Word War being formed at a meeting held at Saltash Guildhall on the 12th April 1919. With the aid and support of the old Saltash Borough Council, the mayor of Saltash, Councillor Lang becoming the clubs first President. Cllr. G.D.L. Lang along with Ernie Webber and Mr Tozer helped raise £200 in the hope that they could eventually purchase premises for the club which was originally established at 49 Fore Street, a converted shop formally run by Mr J. Ball, a dairyman. This first club contained a billiard room, reading room, smoking room and a bar for its 200 members. The club became affiliated to the ‘Working Men’s Club and Institute Union’ (CIU) on 27th October 1919

The club remained at No. 49 until the building was destroyed in the blitz of April 1941.

In 1947 the Working Men’s Club moved into ‘The Mansion’, a substantial building set back from Fore Street. Built in the late 18th century it became a ‘School for Young Ladies’ and later the home of Dr H.G. Robinson, a surgeon. The property came with extensive grounds that stretched almost to Glebe Avenue; they included a cottage, stables, a wooded area and a garden.

With a growing membership in the mid 1970’s a ground floor extension was added to the front and right of the building as well as a dome shaped function room to the rear. Many people will remember the garden behind the club tended by Harold Cumbley and enjoyed the vegetables he gave to members.

In the mid 1980’s plans for a bypass through Saltash were to force changes to the WMC and although they included a complete redevelopment of the club, the club managed to stay open to members throughout. The new extension was amalgamated into the new club and in 1986 as the new building neared completion, the original building, after being de-listed, and the dome were demolished, but some bits remain. Two door arches were included in the new club. One in the car park, the other in the club. The door arch in the club is believed to have originated from a house at 25 Fore St and includes the initials HC and K along with the date 1602. It is believed that the initials are that of Henry Coloberie and his wife Kathrine.

In 1996 the club underwent a complete refurbishment at a cost of £68,000. Now with a membership of 2,500 the mayor, Sue Hooper, opened the refurbished club on 10th August.

Two years ago the club was renamed ‘Saltash Social Club’ with all members having equal rights but to most it will always be known as “The Workie’s”.

Thanks to Steve Roberts and George Davenport

The new club being built alongside the 'old' Mansion 1986