From the earliest days of Saltash being founded as a waterside settlement the men of Saltash have set off overseas to visit and sometimes settle in far off corners of the world.

In our eighteenth century Guildhall there is a plaque marking four Saltash pioneers, largely forgotten in their home town but still renowned in Australia which they helped develop during its early colonial days.

In March 1993 the High Commissioner for Australia, His Excellency Mr Richard Smith, planted a eucalyptus tree in Alexandra Square in memory of these four m3en as well as unveiling the plaque. The tree sadly fell during a gale, the plaque remains with the names for all to see.

The earliest of the four pioneers did not actually travel to Australia though he was largely responsible for the successful arrival of the First Fleet in New South Wales. Evan Nepean who was born in Saltash in 1752 and baptised at St Stephens church was the son of a Nicholas Nepean who served as mayor of Saltash in 1791(referred to as General Nepean in Porter's 1905 'Around and About Saltash'). He was landlord of the Green Dragon Hotel in Fore Street which was probably where his sons were born, the hotel surviving until the 1930's when it was replaced by the current Co-Op. 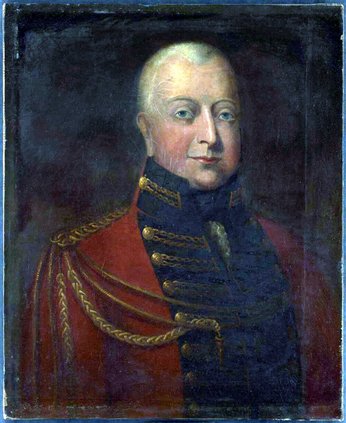 Evan went to London where he was to serve as undersecretary to the Home Secretary, Lord Sydney. Nepean was greatly involved in the First Fleet intended to establish a convict settlement which would absorb what Nepean described as 'a dreadful banditti'. It was Nepean who drew up the proposals to colonise Botany Bay and liaised with Captain Arthur Phillips who was to lead the expedition and govern the fledgling penal colony. Nepean was deeply concerned with detail, recording his guarantee to provide for the accompanying marines a substantial three year supply of rum and wine. Indeed it could be argued that New South Wales' largest city should be called Nepean since according to Robert Hughes' seminal work 'The Fatal Shore' Nepean was far more able and practical than Lord Sydney himself. 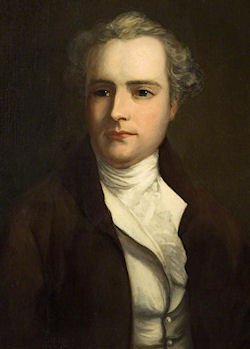 However his name is still remembered in the former colony that this Saltash boy helped to found. There is a Nepean River and Nepean Point in Victoria while more recently traffic now speeds along the Nepean Highway. He is also commemorated by place names in Canada and a street in Mumbai (Bombay).

Evan's brother Nicholas Nepean did travel to Australia, probably on his older brother Evan's advice. Born in Saltash in 1757 he settled for a while in Norfolk Island, an Australian dependency, where he served as deputy governor in the governor's absence. Ill health forced his return to Saltash in 1973 where he was to follow his father into civic life, being elected deputy mayor in 1804. He married at Stoke Damerel church and died in Newton Abbot in 1823. There is a Nepean memorial at St Stephens church.

The third local hero commemorated on the Guildhall plaque was actually born at Mylor near Falmouth in 1831. However Sir James Penn Boucout, as he was to become, came to Saltash aged ten with his father Captain Raye Boucout, living in Fore Street and being educated in the town. His father was subsequently to take him to Australia in 1846 where James opted for a career in law and was called to the bar in 1855. He subsequently entered politics being elected to the South Australian House of Assembly in 1861. He served as premier of that state in 1866 and again from 1875 to 1877 and is credited with having brought free compulsory education to South Australia. He later returned to the law and became a judge of the Supreme Court and retired in 1904 aged 74. He died in 1916 and his name is still honoured in South Australia.

Lieutenant James Hobbs was born at The Cottage in Lower Burraton, a house still standing, in 1792. He, his widowed mother and four sisters were personally invited by Lord Hobart to settle in Tasmania in 1802. At the age often James Hobbs joined the Royal Navy as a powder monkey and whikle aged 16 served under the vilified Captain Bligh of 'Bounty' fame.

Lieutenant Hobbs was asked by the Lieutenant Governor to carry out the first full circumnavigation of Tasmania and this he did with two whaleboats manned by twelve convicts in 1824. It is recorded that he 'conducted himself with much courage and cheerfulness throughout the voyage which was one of many perils and inspired those qualities in his companions all of whom were afterwards recommended for their freedom.' He was rewarded by his appointment as a wharfinger, in charge of a wharf, with a salary of £300.

Hobbs died in 1880 at St Kilda. Tasmania remembers him with Hobbs Island, Hobbs Creek and Hobbs Lagoon, while in his childhood home town of Saltash he is commemorated by Hobbs Crescent.

Four men all born or raised in Saltash, all of whom are remembered for their part in developing a nascent colony at the far side of the world very different from their home town. Or was it so different? The diarist of the First Fleet which Evan Nepean organised was a Devon man, Lt. Ralph Clark, who sailed on the 'Friendship' and recorded on 26th January 1788 while viewing what was to be his New South Wales homeland. 'I cannot compare anything to come nearer to it than about three miles above Saltash.'