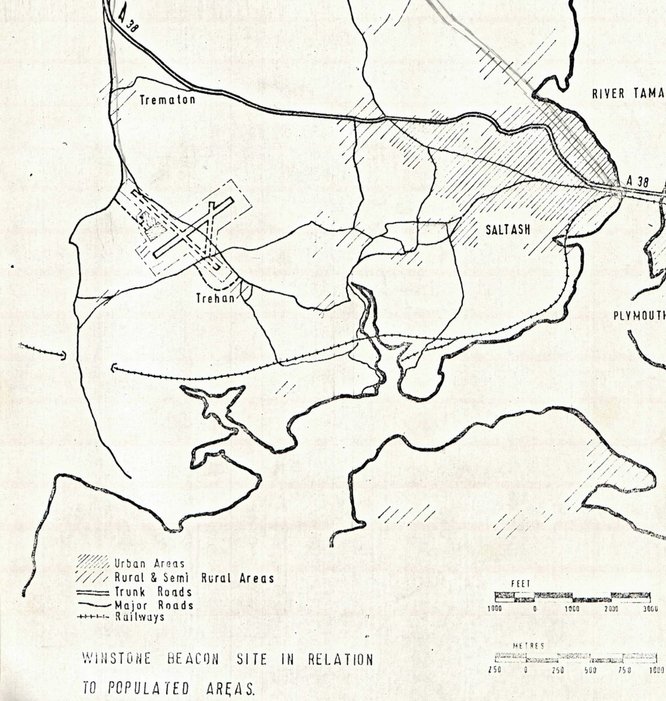 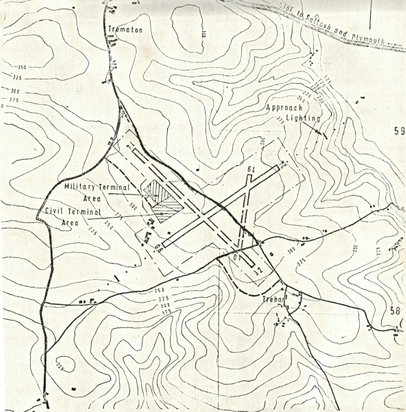 In 1960 the ‘Estates and Development Office’ for Plymouth gave an undertaking to various potential developers, chiefly from America that Plymouth would be seeking to establish a regional airport. With this assurance factories were built like Brown and Sharpe, Barden Corporation and Texas Instruments. The City Council was never in doubt; it was to have a regional airport. One attempt to build an airport at Harrowbeer had been turned down by the House of Lords. Numerous other sites were looked at including Yealmpton and Modbury, both because they could also serve Torquay. These were turned down and other sites came into the frame such as, Tregantle, Bickleigh Down, St John near Torpoint, Trematon and Language Plympton.

People in Saltash were shocked when they read the headline in the Western Morning News on 25th June 1970 which said “PLYMOUTH AIRPORT NEAR SALTASH”. It went on to say that Cornwall County Council were in talks with Plymouth City Council about building an airport at Winstone Beacon, south of Trematon village and half-a-mile from Saltash.

The Ministry of Defence were also interested in making it a joint civil and military airfield for use by training aircraft and those used by the fleet at Devonport and HMS Cambridge near Wembury.

So began a long battle of opposition to the airport by almost everyone in Saltash. An ‘Airport Protest Action Committee’ was formed. Public meetings were held. Leaflets printed. Almost every car in Saltash had a NO sticker in the back window. Country Sports Days were held on the site organised by the ‘Saltash Airport Resistance Association’. Letters were written and partitions signed. After two years it looked as if it was all over when Plymouth withdrew its planning application only for them to submit a revised application shortly afterwards. The fight continues until January 1974 when Plymouth finally gave up and withdrew their application. There was much rejoicing in the town and Saltash Council were jubilant. With more humour than hope they decided to put in a claim to Plymouth City Council for expenses and costs for legal representation.