Captain Edward Hawkins lived in Duncan House Saltash (next to the Guildhall), he was Superintendent of the prison ships from 1808 until his retirement in 1814.

Captain Hawkins lived on board the Brave, a prison hulk moored in the Hamoaze, with his prisoners between 1809 and 1812, "He proved to be fair and humane in his dealings with the captives, but tough enough to deal with mutinous uprisings and was held in high regard.

On January 1st 1813 the prison ships in commission were the "Brave", the "El Firme", the "Hector", the "Generaux", the L'Oiseau", the "San Ysidro", the "San Nicolas", the "Ganges" and the "Le Caton".  The "Europe" was brought back into service in September 1813 and the "Bienfaisant" the following month. 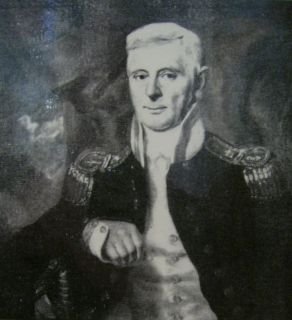