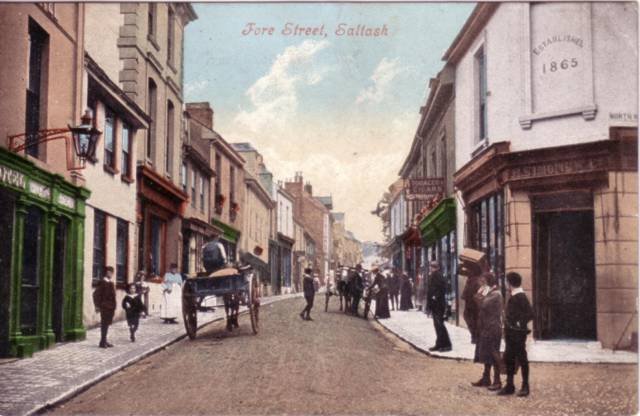 The building on the left with the lamp is the Railway Hotel which was directly opposite the mouth of North Rd. The shop on the corner gave rise to successive local names for the road junction

The shop was built in 1872 for John Miller a grocer - thus the name Miller's Corner arose.

Circa 1903 Herbert Simons took over the business; the name then changed (gradually) to Simons' Corner.

The premises were destroyed during the Blitz in April 1941, but the name lingered on for many years 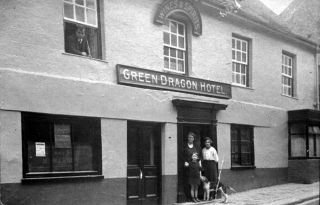 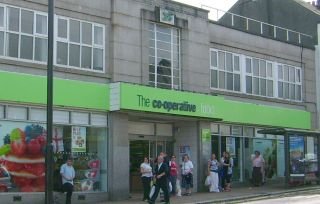 Above. The Co-op today in Fore St. Note. the green dragon high up above the main door (enlarged photograph centre)

Left. The Green Dragon Hotel, was once Saltash's principal coaching inn. In this photograph of circa 1919, the licensee, George Blake, is at an upstairs window and his wife Beatrice is in the doorway. Note. Top right of centre the dragon hanging from a wall bracket.

There was a hectic night on September 25-26 when Saltash had a foretaste of things to come – the railway track near the G.W.R. station being made unusable for some hours and telephone lines were down, while windows were smashed in five houses in Newman Rd. and the Salvation Army Hall was damaged.

There was then a lull for five nights and on the night of April 28-29, 1941, Saltash was blitzed. At 2235 incendi¬aries were reported in Newman Rd. G.W.R. yard, Higher Port View, Home Park Rd. and on the Guildhall. A message received from Torpoint by D.R. (Dispatch rider) stated that they, too, were suffering from I.B.s (Incendiary bomb) and that many fires had started. Heavy casualties were reported and help asked for. Two first aid and one rescue party were sent, together with a doctor, and nurse, but turned out to be unnecessary.

On account of reports of H.E. (High explosive) dam¬age at Saltash, the rescue party for Torpoint was sent there, together with two other first aid parties. Truro was asked to reinforce Liskeard with F.A.P.s (First aid parties) to meet possible emergency, and Bodmin instructed to reinforce with two F.A.P.s. Torpoint sent D.R. message reporting six casualties, and four were evacuated to Liskeard. At 0140 the Group Controller gave instructions that Fire Brigades from Penryn, Penzance, St. Ives and St. Austell were to be stopped at Liskeard and diverted to Saltash, where fires were serious. At 0300 hours a D.R. message was received from Saltash giving rather a serious picture. Fore-street was badly on fire, and several H.E.s had fallen. One ambulance, telephone and electric light cables were destroyed, and many shops and private houses had been wrecked by H.E.s about 40 being burnt out. The water supply to the upper part of the town was dislocated, casualties being estimated as eight dead, five seriously injured, and ten slightly injured. Torpoint had about 160 houses damaged, with ten casu¬alties-six seriously and four slightly injured. The Public Assistances Insti-tution was hit and the next day the inmates were evacuated to Liskeard, Launceston, and St. Austell.

The next night; telephones being still out of order: Saltash reported some difficulty in extinguishing a fire in a coke dump. Lostwithiel Fire Brigade being sent to help, also reported was a partial dislocation of the ferry on account of U.X.B.s (Unexploded bomb) on the Devon side. At Torpoint there was a recrudescence of fires tackled with difficulty through inadequate water pressure. 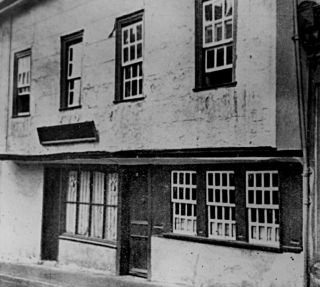 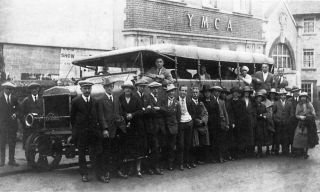 A day out from the YMCA 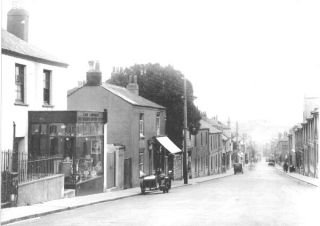 The view down Fore St from Double Lamps 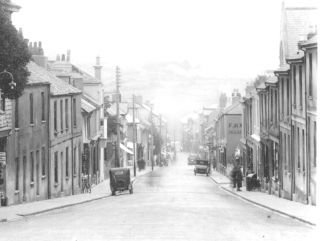 Fore St from the middle down 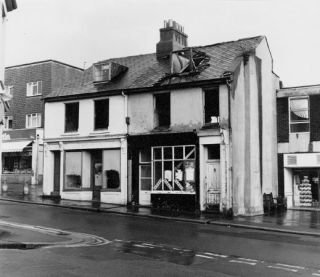 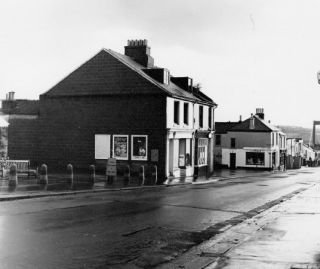 Two photographs of the same properties on the north stde of Fore Street. These were amongst the last to be demolished in the redevelopment and were replaced with Regal Court 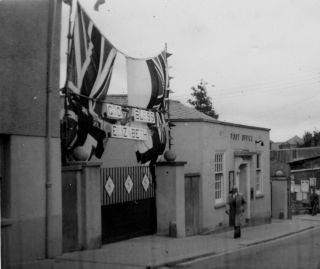 The old post office on the north side of Fore Street 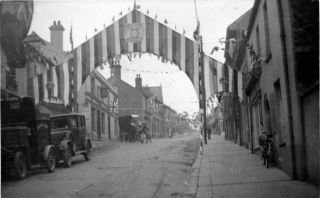