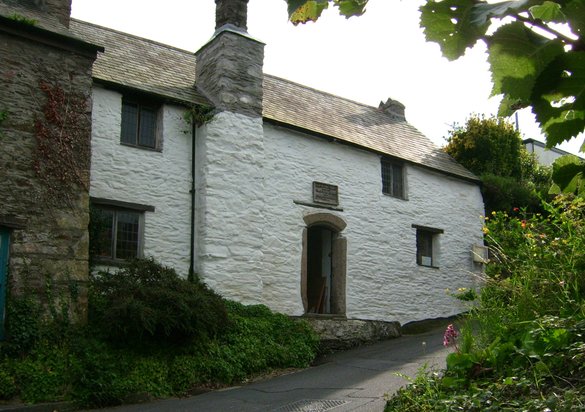 There is no known record of Mary Newman's birth or baptism. (In England the keeping of parish registers for recording baptisms, marriages and burials began in 1538, but many early registers have not survived.)

Mary Newman married Francis Drake at St Budeaux church on 4th July 1569. St Budeaux was a Devon country parish adjoining the eastern bank of the Tamar estuary, 4 miles NW of the town of Plymouth. Today it is a suburb in the City of Plymouth.

From 1552 to 1571, three other Newman women and one Newman man were married at St Budeaux. It is therefore reasonable to assume that they were Mary's siblings, and that the Newman family resided in St Budeaux parish.

After their marriage, Francis and Mary lived in Plymouth. When Drake returned from his epic circumnavigation in 1580, Mary was rowed out to greet him. He was knighted in April 1581, so Mary then became Lady Drake. In September 1581 Drake was elected Mayor of Plymouth for a term of 12 months; thus Mary was Mayoress for that period. Francis and Mary did not have any children.

Also in 1581, Drake acquired Buckland Abbey, a mansion in the Devon parish of Buckland Monachorum, 8 miles north of Plymouth. Mary then became mistress of a country house as well as a town house. But she did not enjoy that status for long. In January 1583 she died (there is no record of the cause).

Evidently Mary was at their town house when death came, because on 25th January two funeral services were held. One took place in St Andrew's Church, Plymouth, the other at St Budeaux parish church, where her body was interred. This suggests that the Newmans had indeed been resident in the parish (and perhaps some still were), but it does not mean that they originated there.

There are no Newman baptisms in the St Budeaux registers (which do commence in 1538). When John Drake (Sir Francis's cousin) made a deposition to Spanish inquisitors in 1587, he stated that Mary Newman was born in London.

The above is all that is known about Mary Newman. So what was the connection with Saltash? (a Cornish town on the western side of the Tamar estuary, opposite St Budeaux). The short answer is: there wasn't one.