Prior to the commissioning of H.M.S. Defiance in December 1884 for service as the Royal Navy’s Devonport Torpedo School, (The Navy’s first torpedo school had been set up on HMS Vernon at Portsmouth in 1876) only a limited amount of instruction had been given in torpedo warfare at Devonport by a Torpedo Lieutenant on board the Perseus, which was at that time attached to Cambridge, the Gunnery School of those days.

The new torpedo school, Defiance was in the early part of 1886 moored in the Lyner estuary off Wearde Quay, in Cornwall. The Perseus, which was moored close to the Cambridge, was moved and connected to the Defiance by a bridge. Defiance had lecture rooms built on her upper deck which was completely housed in, after work part of the deck was used as a gymnasium while in the bow were the ratings’ lavatories. On the main deck aft were the officers’ accommodation, over the years this was extended for’ard as more officers’ courses were run. Towards the bow was the galley and a drying room. The ship’s company lived on the lower deck with the warrant officers’ mess at the after part on the orlop deck. Below this (the cockpit of an old line of battle ship) there was on one side a row of different patterns of above-water discharge apparatus for the ‘Whitehead’ torpedo used for teaching classes. Below this deck was a recreation room for the men which contained a billiard table, papers, magazines, etc. The ship was equipped with two boilers and a dynamo, and an air-compressing plant was installed with a small workshop.

The Perseus was used almost entirely for training in mine warfare and had the facility to assemble and disassemble mines and to launch and recover them.

At this time Defiance had a number of tenders including the gunboat Scourge which was fitted with an 18" aluminium torpedo tube (the only one in the service), two torpedo boats (one was torpedo boat No. 98) and a destroyer. These ships were used to carry out torpedo exercises in Plymouth Sound where there was a ‘Whitehead’ torpedo range from the Breakwater jetty along with a permanently moored tender HMS Falcon. Live firings with mine laying and recovery exercises usually took place in Whitesands Bay.

The original Defiance was withdrawn at the end of 1930 and sold on June 26th 1931 to Messrs Castles for breaking up. Because of the greater depth of water required for the replacement ships the establishment was moved from Wearde Quay to Wilcove in the Hamoze. She was replaced from January 20th 1931 by the former cruiser HMS Andromeda of 1897, which between 1919 and 1930 had been a part of HMS Impregnable, the Naval Training establishment based at Devonport. She was joined by Inconstant, the only ‘Wearde Quay vessel’ to be re-used. Finally, the ex-submarine depot ship HMS Vulcan was renamed Defiance III on February 17th 1931.The Torpedo School under its commanding officer, Captain F R Main, closed at Easter 1954 and moved to Portsmouth.  Defiance III (ex-Vulcan) was towed away in December 1955 and scrapped in Belgium. Defiance II (ex-Inconstant) was sold for scrap on April 4th 1956, followed by the Defiance itself (ex-Andromeda) on August 14th 1956. Many years later, on February 15th 1972, RFA Forth (1938) was commissioned as the new HMS Defiance but as a Depot Ship, not a Torpedo Training School.

She was paid off on April 21st 1978 and from March 12th 1981 the Fleet Maintenance Base at Devonport was commissioned as HMS Defiance. In 1994 it was amalgamated with HMS Drake 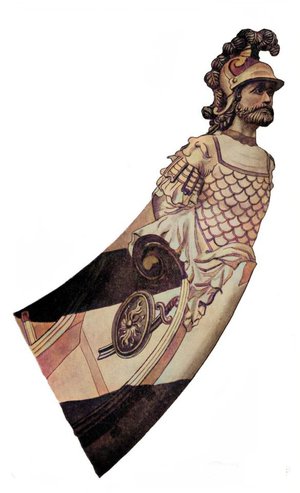 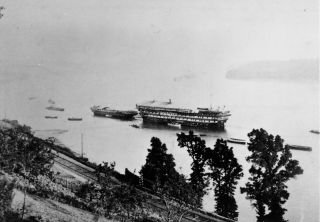 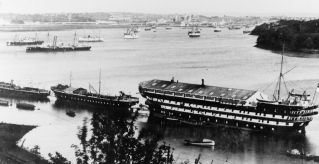 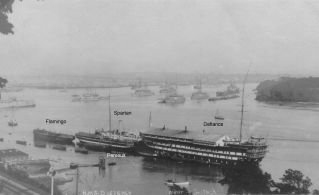 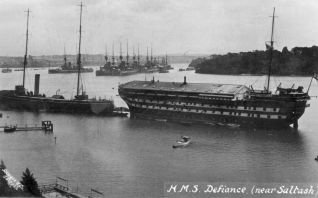 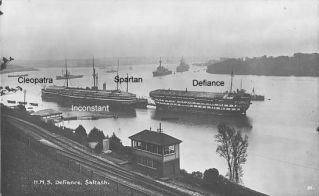